Giving Public Transportation a Whirl During My Travels

Giving Public Transportation a Whirl During My Travels 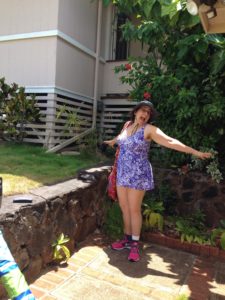 On July 4,which I declared to be my independence day, I put all my belongings into storage and got a one-way ticket to Honolulu, where I was going to stay for 10 days with a friend who lives there. Beyond that, I had no plans and liked it that way. I didn’t know what I was doing or where I was going. The idea was to be footloose and fancy free, allowing my trip to unfold and reveal itself along the way.

I discovered that I did not like Honolulu. I also discovered several things about traveling: First, it was a pain in the ass to try and travel with a bus, because so many factors were outside my control. Sometimes there were smokers (of all kinds) at the bus stop; other times the bus stop was on a very loud street, setting off pain in my delicate ears; and still other times, there was nowhere to sit and wait.

In addition, the bus could be crowded, with nowhere to sit down, as the bus lurched when it turned – putting my delicate ankles, and therefore entire body, in danger of a pain episode; the seats not only were uncomfortable but also too close together, in some cases setting off knee pain; the bus itself was loud, also hurting my ears; and I otherwise had to navigate through and around numerous people. Then there was the fact that I needed to walk with my fairly heavy backpack, to and from the bus stop, sometimes for many blocks at a time.

Living comfortably with and healing from health issues costs money, in many different ways. One of those ways is needing to shell out cash for convenience. In this case, it became obvious to me within two days that I needed to rent a car. Then there’s the fact that I shelled out a few extra hundred dollars to travel first class – which I’ll address more, in another post about the complications and considerations of flying with a hypersensitive body.

I also discovered that even someone who knows me well and loves me can have difficulty understanding the extent of my hypersensitivity. There were repeated clashes with my friend, who seemed to be under the impression that my hypersensitivity was more related to my “perception” than to any physical reality in my body – which was exasperating, considering how long and well we have known each other. Just because I have been able to transcend and transform the reality of my health does not in any way indicate that the health issue is psychological or spiritual. It indicates, instead, that my mind and soul are so very powerful that I am able to overcome very real health conditions that have left others anything from bedridden to dead.

Side by side with our repeated clashes, however, were magical moments – like when we went skinny dipping in the ocean late at night and when we drummed and danced for her birthday. Ultimately, however, I decided that I needed my own space. There are a million and three minute details involved in living successfully with a health issue, and I didn’t want anyone questioning or judging my self-care strategies, or the very fact that I had a health issue to begin with.

And while I decided to rent a car, I was proud of myself not only for managing on the bus for a couple of days, but for excelling at it. I had to advocate for myself more often than when I’m living in my own little bubble – like the time a man kindly cleared the seat next to him on the bus, so that I could sit down, but had his left leg intruding in my space and making my body uncomfortable. People typically don’t understand why or respect that I ask for extra room, being that 1) I look able bodied and 2) I am a woman, and women are expected to take up less space. But I asked this guy to please move his foot over, and he did, without making a face or turning it into an issue – which was like a healing balm on the many times people were assholes about a similar request.