Loolwa Khazzoom has healed naturally from multiple health conditions, including asthma, severe nasal congestion, allergies, eating disorders, and chronic pain, and she is currently in the process of healing naturally from cancer. Her healing adventures to date have been featured in top media, including The New York Times, ABC News, the Johnson & Johnson Health Channel, and Fox News, and they are documented on Loolwa TV. 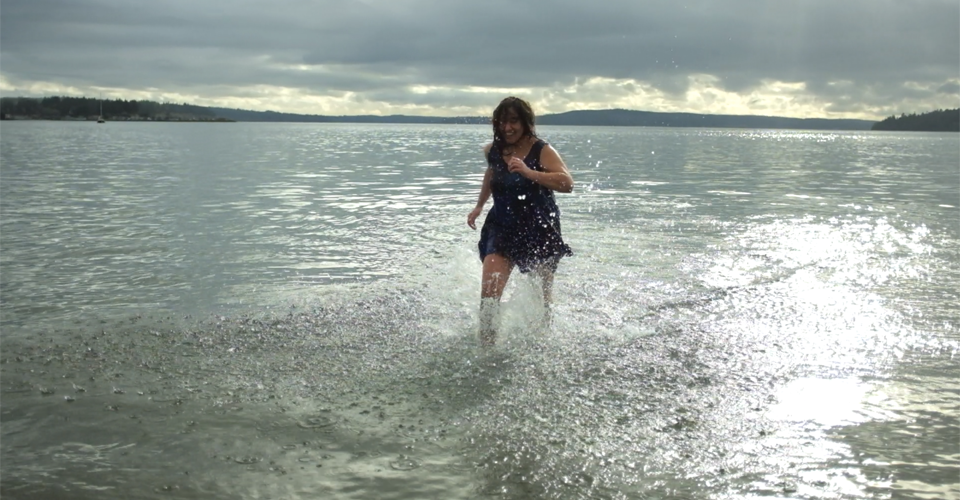 As part of her transformational journey, Loolwa has created and utilized a combination of innovative methods, including Dancing with Pain®, which informal clinical trials indicate have a 96% rate of efficacy in healing chronic pain, from the spectrum of pain-related conditions. Loolwa’s audio class, The Breakfast Mix, teaches this method, and her e-book, 5 Steps to Successful Chronic Pain Management, offer practical guidance on how to heal naturally from chronic pain.

When she was six years old, Loolwa got an eye infection, and her mother attempted to put prescription drops into Loolwa’s eyes. Loolwa kicked and screamed and refused to cooperate. Even back then, she rejected the idea of putting something foreign into her body! Since that time, Loolwa has come to value and appreciate the life-saving contributions that conventional medicine offers. Still, she views pharmaceuticals as a temporary remedy for extreme situations, to calm down the body enough for natural therapies to kick into effect. She additionally views surgery as Plan Z, a last-ditch effort when all else fails. So it’s not surprising that throughout her life, Loolwa defied doctors’ orders and frequently refused to use drugs or get surgery, despite a number of these doctors attempting to terrify or bully her into following the conventional medical route.

At 14, when Loolwa inherited her family’s chronic back pain, she utilized the breathing methods she had learned in her flute lessons, to successfully breathe away the pain, without having to resort to pain medications. At 16, however, her family’s chronic respiratory conditions – asthma, severe nasal congestion, and allergies – kicked Loolwa in the ass, ultimately leading her to go on four medications that she had to take four times a day, just to breathe. But at 22, when Loolwa’s doctor told her that she had to increase the dose, given the exacerbation of her asthma at that time, Loolwa declared, “Fuck this!” and invented her own method, through which she successfully got off, and stayed off, all the medications, right up through today.

In her late 20s, a driver came into Loolwa’s lane, crashed head-on into Loolwa’s car, and took off into the night. That incident catapulted Loolwa into the cauldron of the healthcare system, where she went from bad to worse. She was refused tests, misdiagnosed, dismissed as a hypochondriac, and injured by the very practitioners to whom she turned for help. As a result, for the better part of a decade, she suffered from debilitating chronic pain that left her bedridden, housebound, or wheelchair bound, for stretches of months at a time. Scrappy by nature, Loolwa repeatedly scratched, crawled, and clawed her way out of the pit, only to be sent down into it again, by yet another act of passive or active medical negligence.

By her mid-thirties, Loolwa struggled with severe depression, not only from the chronic pain but also from the chain reaction of bio-psycho-social-financial problems it caused. That year, however, she had an epiphany that by reconceptualizing dance as more than leaps, twirls, and fancy footwork, she could use it to heal herself. And so she did – going from barely being able to walk four blocks, to being able to bike 30 miles at a shot, pain-free. Loolwa went on to teach her dance method to others suffering from chronic pain, discovering that it has a 96% rate of efficacy in minimizing or eliminating pain stemming from a wide variety of pain-related conditions. Today Loolwa offers programs that teach this method – enabling people suffering from pain to embark on their own healing journeys, from the comfort of their own homes. Find out more about the Dancing with Pain® method and programs!

When Loolwa was 40, she was diagnosed with cancer and medically advised to get surgery. Instead, she went into her kitchen and pulled out almost everything from the refrigerator and cabinets, giving it away. Literally overnight, she went on a diet that was all-organic, vegan, gluten-free, and soy-free, with no fried foods or sweeteners of any kind. In addition, she prepared all her meals fresh, from whole ingredients, with no processed or pre-packaged foods. Over the years, Loolwa added to the mix a couple of month-long juice fasts, a few short juice fasts, supplements, organic and pasture-raised animal products, and various forms of mind-body medicine. With these measures, Loolwa cold-stopped the growth of the nodules, which remained stable for five years. Then, when Loolwa moved to Seattle and started a punk rock band, the nodules began shrinking!

Months after that amazing news, a careless and callous neighbor created a situation that shot Loolwa’s stress levels through the roof, for four months straight. Her next ultrasound and bloodwork, right on the heels of that period, indicated that the nodules had grown by a whopping 15% and that her cholesterol and blood sugar levels had skyrocketed, the former to dangerous levels – suddenly putting Loolwa at risk of heart disease on top of the cancer. While Loolwa initially felt devastated, she chose to respond to the situation by diving even deeper into her healing process. She put all her belongings into storage and traveled for several months – among other things, living in Kauai for two months, where she spent her days swimming in the ocean, hiking in the mountains, cycling on the coastal path, kayaking in the rivers, drumming on the beach, and otherwise resting and rejuvenating.

The bottom line is that Loolwa will do whatever it takes to heal herself naturally. Today Loolwa lives in a small forest town and continues with her mind-body medicine practices – most importantly, playing with her punk rock band, Iraqis in Pajamas. Find out more about Loolwa’s music!

If you’d like to bring Loolwa to your venue, to teach a Dancing with Pain® workshop, talk about her healing adventure, or guide audience members on how to design a healing adventure of their own, contact her.