Loolwa Khazzoom blogs for The Huffington Post and otherwise has published her writing internationally, in mainstream media including Rolling Stone, The Washington Post, CNN, and Marie Claire; in Jewish media including Jewish Telegraphic Agency, Forward, Tikkun, and Jerusalem Post; in activist media including Bitch, Clamor, Feminista, and Moxie; in additional niche media including Yoga Journal, Bicycling, Massage, and Parents; and in anthologies including That Takes Ovaries!, Body Outlaws, Yentl’s Revenge; and Best Jewish Writing. 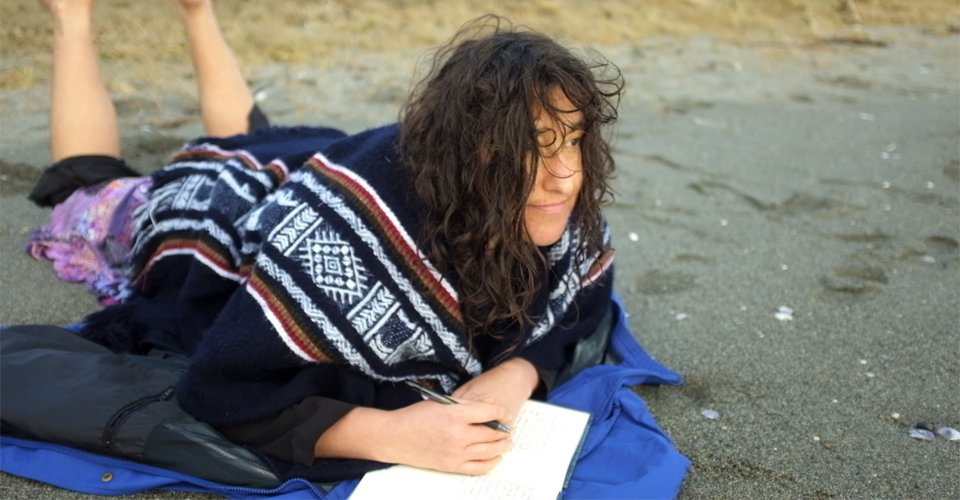 Loolwa also has published two books, which have been taught throughout the Ivy League and at universities nationwide – The Flying Camel: Essays on Identity by Women of North African and Middle Eastern Jewish Heritage and Consequence: Beyond Resisting Rape – and she has published an e-book, 5 Steps to Successful Chronic Pain Management, which offers practical guidance on how to heal naturally from chronic pain. Lastly, she has written reams of unpublished poems, which she plans on getting around to publishing one of these days. Honest.

On behalf of her public relations clients, Loolwa has ghostwritten or edited numerous articles, including those published on DoctorOz.com, Sharecare, The Huffington Post, and Fortune, and she has written or edited years’ worth of website content, newsletters, emails, press kits, press releases, book proposals, books, grant requests, and more.

When Loolwa got to high school, she was a straight-A student. Imagine her shock and horror when, in her freshman English class, she got a “D” on her first essay assignment. Fortunately, Loolwa’s English teachers were devoted to their students, giving specific critiques and explanations for those critiques, as well as giving students the option of rewriting every essay and receiving the highest grade of the two. These teachers additionally offered to further guide any students who chose to visit them during office hours.

Loolwa subsequently rewrote all her essays and lived at the feet of her English teachers for the next four years, learning everything she could about the art of writing. She earned straight As in all her English classes, as a result of her own hard work and her teachers’ dedication, and her first book credits her English teachers with everything she knows about writing. Indeed, Loolwa never took an English class after graduating high school, because her teachers had such high standards that they already had taught most of the books in college courses! Most importantly, Loolwa is profoundly grateful to her English teachers for the gift of self-expression, which is the cornerstone of Loolwa’s personal healing and professional work to date.

Loolwa was raised in an environment with varying degrees of mental illness and violence, both of which threatened to crush Loolwa’s soul. Music helped her get through childhood with her spirit intact, and writing helped her make sense of and heal from the insanity – not only of her childhood, but also of the world at large. To this end, from a young age, Loolwa was passionate about “chronicling” – witnessing and documenting the truth in writing. It contributed greatly to her strength to challenge social norms, her resilience to stay true to herself, her ability to find like-minded individuals, and her power to find the way “home.”

Loolwa began passionately journaling, as well as writing songs and poems, in her teens. In her 20s, this writing segued into publishing articles about radical healing and transformation – both individual and societal – in feminist, anarchist, and Jewish periodicals. In her early 30s, Loolwa moved to Israel, where the economy was al hapanim (flat on its face). Seeking a way to live in Israel but get paid from the USA, she turned to her avocation of writing, transforming it into a vocation by working 12-16 hour days, relentlessly pitching editors at top magazines and newspapers, until they noticed her and began publishing her work. The rest, as they say, is herstory.

To hire Loolwa for your writing or editing needs, or to bring Loolwa to your venue, to speak about the art, healing, or business of writing, contact her.