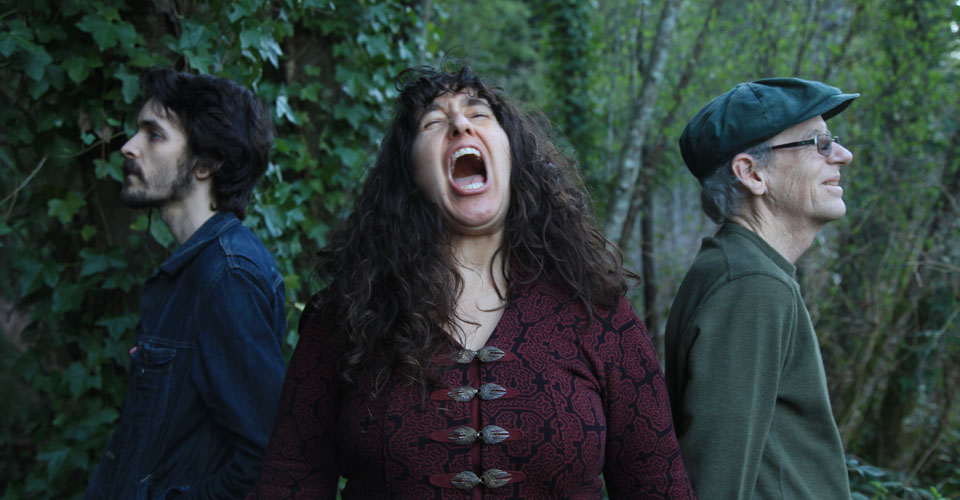 Co-create with Iraqis in Pajamas, through a tax-deductible contribution to the development, production, and promotion of our debut double album, Punk iRock: The first CD will be the a cappella, original version of the 10 ancient Iraqi Jewish prayers that the band incorporates into its set list, along with an introductory track about why and how the band chose to use each prayer. The second CD will be a set list of 10 Iraqis in Pajamas songs, played with the full band, in all their punk rock glory. This album project operates as a nonprofit under the 501(c)(3) umbrella of Allied Arts Foundation. All contributions through them are tax deductible to the extent provided by law. You can contribute here.

In a time of turmoil, conflict, and suffering – where rancor, discord, and hate are fed by disconnected rantings on social media; where the incidents of chronic illness are skyrocketing and conventional medicine is failing; where human beings are pitted against each other and living in fear; and where people are increasingly feeling powerless, hopeless, and desperate as a result, Punk iRock will serve as a virtual sanctuary in the eye of the storm – providing a safe haven and spiritual harbor for individuals seeking positive, meaningful, and accessible solutions to personal and collective crisis.

It may seem counter-intuitive to offer an experience of healing through the medium of punk rock. But Iraqis in Pajamas front woman Loolwa Khazzoom has been-there, done-that, not only overcoming numerous personal, communal, and inter-generational traumas that have debilitated others for life, but discovering a way to turn those very experiences of trauma into fertile ground for accessing and expressing the primal Life Force, which has the power to heal us to the core. Whereas many people who suffer from trauma turn to drugs, alcohol, or other mind-numbing substances or activities, Loolwa has been willing to go where most others have not – risking everything from public scorn, to financial instability, to her very life – so as to speak and live out her truth, authentically expressing herself on every level. As a byproduct of this willingness to risk it all in the name of freedom, Loolwa discovered a healing alchemy taking place, allowing her to release and transcend the kind of black tar that has kept others locked in some form of individiual or collective sickness, over the course of their lives.

Punk iRock is, in its essence, a report back from the front lines of Loolwa’s transformational journey. It pulls no punches, staring darkness in the face and invoking from deep within it a brilliant Light. As with life itself, the album is loud and in-your-face. The noise here, however, is invocative and productive, inviting listeners to feel deeply – to grieve, get angry, shout, and cry; to honor and give voice to the child buried deep inside; to demand something higher and greater, from ourselves and others; and ultimately, to release all the accumulated gunk we may have been carrying around – in doing so, enabling ourselves to live with integrity and enter a deep state of peace, soul quiet, and inner harmony, which in turn can radiate out to and help heal the world around us.

Below are two examples of the 10 songs that will be on the double album, which feature Iraqi Jewish prayers from sabbath and holy days throughout the calendar year:

The Mighty 12
This song incorporates the Judeo-Arabic passage of “Abadim Heyeenu” (“We Were Slaves”) chanted on Passover, in a song questioning why there is a strip club in the heart of downtown Seattle, right across the street from the city’s crown jewel, the Seahawks stadium. The song implies that strip clubs are a modern and unchecked form of slavery. Lyrics are here, and Nov 22 Seattle performance video is here. This song is called “The Mighty 12” because locals in Seattle refer to themselves as the “12th man,” meaning they are part of the team. Flags with the Seahawks colors and the number “12” fly across the city, and locals routinely wear shirts sporting the Seahawks “12.”

Exile
This song incorporates the traditional Judeo-Arabic exchange between parents and children on Passover, remembering how the Jews fled from Egypt, heading toward Jerusalem. The English lyrics are about Loolwa’s experience of the complexity and heartbreak of being in relationship with an immigrant under the current administration in the United States, while single-handedly caregiving for her mother with dementia, as well as healing herself from cancer and running a company to keep everyone afloat. Through the lens of exile – which can be personal as well as political – this song explores the line between external circumstance and internal choice, as well as the ways that our decisions and actions impact those we love. Lyrics are here, and Nov 22 Seattle performance video is here.

If you’d like to see more information – such as the timeline or budget for this album project, please contact us at ‪(253) 466-4326‬ (call/text) or email us here.

Sign up for the newsletter and receive a free copy of the Iraqis in Pajamas song book!