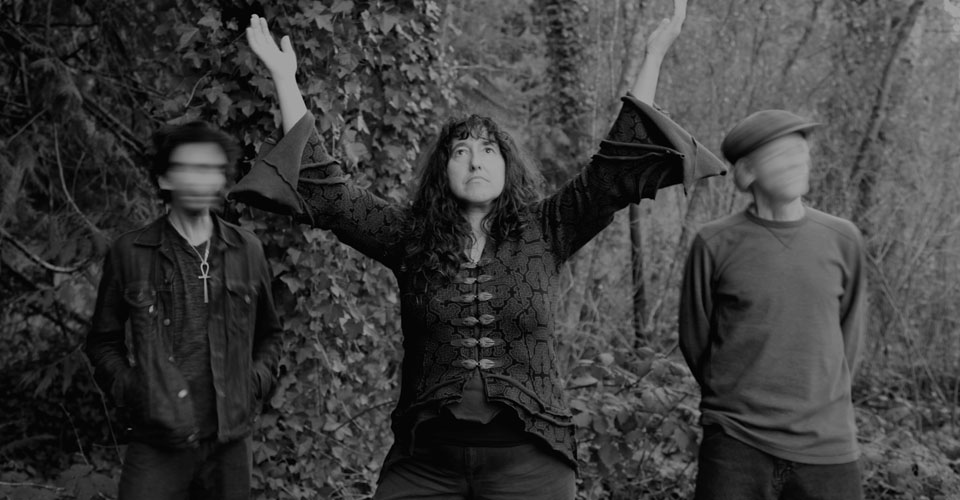 Back Story
When Iraqis in Pajamas front woman Loolwa Khazzoom was diagnosed with cancer in 2010, she rejected the conventional option of surgery – despite a doctor proclaiming that she would die without it. “You can’t think your way out of cancer,” he said, to which Loolwa replied, “You don’t know what I can do.” Immediately following the diagnosis, Loolwa dove into researching natural approaches to healing, and she radically altered her diet – immediately pulling everything out of her cupboards and going on an all-organic and vegan diet. Through these and subsequent diet/lifestyle changes, Loolwa cold-stopped the growth of the nodules, which remained stable for the next five years. It was only after Loolwa returned to her lost love of music, moved to Seattle, and started her band, however, that the nodules began shrinking. Her song, “Cancer Is My Engine,” combines an ancient Iraqi Jewish prayer with original punk rock, sung in Hebrew and English – challenging conventional medical approaches to cancer and offering a new paradigm of music as medicine.

Back Story
During the 10 day period between R’shana (the Jewish new year) and Kippur (the day of atonement), Judaism teaches that individuals must do honest soul-searching and humble themselves before those they have hurt, asking for forgiveness. Judaism furthermore teaches that G-d does not forgive for our transgressions against others; rather, those we have hurt have the power to forgive us or not (unless and until we have whole-heartedly requested forgiveness three times, then G-d steps in). Judaism additionally encourages people to forgive each other, when the request for forgiveness is made.

In the Iraqi tradition, the request made to another person is, “T’ini m’hila,” which is basically asking to begin again, fresh, with a blank slate, with all transgressions of the past forgiven and released, full stop. The person asked is encouraged to respond, “Mahalnu,” granting the request and beginning anew. It’s a beautiful tradition, offering a formal system and tool for overcoming the awkwardness and fear involved in taking responsibility for actions about which we feel ashamed, and offering an opportunity to approach life with the innocence and openness of a newborn baby.

But what happens when someone requests forgiveness each year, only to engage in exactly the same behaviors, over and over again – in particular, when those behaviors are violent, and when the person asking forgiveness never acknowledges that violence or its impact? This song expresses the tug of conflicting feelings – the beauty, appeal, and freedom of “mahalnu” versus the pain of violence, the outrage of denial, and the demand for accountability andteshuba, which is true repentance. The central question of this song is, “What is the difference between forgiveness of you and erasure of me?”

Back Story
A beautiful gift of orthodox Jewish life is that wherever you go in the world, there is a Jewish family waiting to embrace you with open arms – inviting you, a complete stranger, into their homes, for Sabbath or holy day meals, and often, for a safe and friendly place to lay your head at night. What goes along with this welcoming, however, is a stream of questions that can feel to some like an interrogation, in particular, to those who come from backgrounds that do not fit the “nice Jewish family” mold – including but not limited to an estimated 25%  or more of Jews who have suffered through domestic violence, which typically goes unacknowledged in orthodox Jewish communities.

When pelted with a barrage of inquiries into one’s parents, siblings, and relatives – who they are, what they do, where they live, whether you are close – those who come from violent families may feel deeply triggered and suddenly unsafe, with the desperate urge to flee. In addition, those who are queer, unmarried, poor, converts, uneducated, without children, or otherwise not fitting the orthodox Jewish mold may feel alienated by the typical litany of questions along the lines of, Are you married? What synagogue did you grow up in? Do you have children? Where did you study? What do you “do”? While these questions can foster commonality, familiarity, connection, and warmth among those who conform to Jewish norms, they can foster the opposite – alienation, anxiety, distress, fear, and even complete emotional shutdown – among those who do not conform. Incorporating an Iraqi song for the holy day of Simhath Torah, this song speaks to the inherent conflict: “I wanted the cohesion of community, but the price was conformity.”

Back Story
On the Jewish holiday of Purim, Iraqi Jews sing several songs, one of which has the chorus, ashir shir hadash, or ”I will sing a new song” – heralding a new beginning, a fresh start, the opportunity to manifest beautiful new life, no matter what or where one came from. This Hebrew chorus also serves as the chorus of “The Fixer,” which invokes a new beginning in relationships – no longer willing to play the role of “fixer.”

Back Story
This song is about a mother-daughter relationship, complicated by mental illness.